Over the years, it is apparent how the commercial dissemination of literature and information has transformed dramatically. From traditional printing to electronic publishing, the sector has successfully adapted to the changing needs and preferences of the public and emerged to become a billion-dollar industry.

Up to this date, the publishing sector remains to be a giant in the marketplace. With big names such as Penguin Random House, Harper Collins, and McGraw-Hill Education, the sector manages to secure additional billions to its generated sales per year.

Whether you’re an aspiring creative writer, editor, news writer, or critic, knowing the biggest publishers in the world will give you an idea about which companies you should aspire to become part of in the near future. Below, we have prepared a rundown of the 10 most profitable publishing companies in the world.

Starting our list is none other than the publishing giant Simon and Schuster, a global leader in the field of general interest publishing and a known subsidiary of ViacomCBS.

Founded in 1924, the company takes pride in its long list of prints that have already become recipients to multiple awards, including a few Pulitzer Prizes, National Book Awards, National Book Critics Circle Awards, Grammy Awards, and Newbery and Caldecott Medals.

It has also served as the original publisher to a few notable writers, such as Ernest Hemingway, F Scott Fitzgerald, Stephen King, and Dan Brown. As of to date, the publishing giant is said to be releasing over 2,000 titles a year.

Coming up at number nine is none other than the popular Pearson Education, which serves as the academic division of the London-based multinational publishing and education company, Pearson PLC.

As a well-known education publishing, Pearson Education is the producer of tons of award-winning course materials in both digital and print formats.

Among its most notable imprints include Adobe Press, Heinemann, Prentice-Hall, and Wharton Publishing.

Recognized to be a global leader in K–12 education, Houghton Mifflin Harcourt serves as the world’s 8th most profitable publishing company to date.

With more than 100 years of experience in the publishing field, the company has already produced a broad array of award-winning children’s books, novels, non-fiction, and reference titles.

To date, the publishing giant is headquartered in Boston, with a presence in more than 150 countries worldwide.

Serving as one of the biggest and most popular pieces in the Holtzbrinck Publishing Group empire, Macmillan Publishers has been around for nearly two centuries, publishing original works of notable authors, like Lewis Carroll, Rudyard Kipling, John Maynard Keynes, W.B. Yeats, and many more.

To date, the Macmillan has extended its presence to over 70 countries worldwide, with some of its imprints having won the Nobel Prize, the Man Booker Prize, the Pulitzer Prize, the National Book Award, and the Printz Award.

Recognized to be one of the rising stars in the huge educational publishing market, Cengage Learning is the company behind popular releases, such as Chilton, Education To Go, Gale, and National Geographic Learning.

It was first launched in 2007 and comes with a huge collection of textbooks, with some in print and most in digital format. In 2010, the company introduced the now popular subscription service called Cengage Unlimited, which enables students to access Cengage’s entire digital higher education catalog for a given price.

To date, the education and technology company enjoys its presence in approximately 165 countries and territories around the world.

For bibliophiles, HarperCollins comes as one of the most recognizable publishing brands in the world. After all, the company, indeed, stands as one of the Big Five English-language publishing companies, alongside Penguin Random House, Simon & Schuster, Hachette, and Macmillan.

Similar to other notable publishing firms, HarperCollins has served as a home to many of the most unforgettable icons in the writing industry, including Mark Twain, the Brontë sisters, Charles Dickens, John F. Kennedy, Martin Luther King Jr., and many more.

To date, the company is said to be publishing approximately 10,000 new books every year and has publishing operations in 17 countries across the globe.

Coming up at number four is none other than American major publisher Scholastic, with a $1.7 billion annual revenue for 2019.

Unlike Cengage, which focuses on producing textbooks and other educational source materials, Scholastic is publishing and distributing not just educational texts but children’s books as well.

In fact, the company is currently dubbed to be the world’s largest publisher of children’s books, with perpetual rights to many iconic titles under the children and young adult categories, such as Harry Potter and The Hunger Games.

Founded in 1920, Scholastic now operates in 14 international offices and exports to over 160 countries.

Named to be one of the “Big Three” educational publishers, McGraw-Hill Education has become one of the hallmarks of the American public school system. With over 100 years of experience, the company has already produced thousands of digital products and traditional print products that focus on subjects surrounding pre-K to postgraduate education.

To date, McGraw-Hill Education has expanded its reach to over 130 countries, with over 5,000 employees worldwide. Among its recent biggest imprints include the latest editions of test prep books for SAT and ACT, as well as elementary school math textbooks.

Considered to be one of the world’s top biggest book publishers, Hachette Livre now takes on the second spot with its recent $2.7 billion annual revenue for 2019.

Interestingly, the company’s history goes back to 1826, when French publisher Louis Hachette launched a publishing company with the name “Brédif.” Later, about two decades after the launch, the company’s name was changed to “L. Hachette et Compagnie” and soon shifted to “Hachette SA” in 1977.

As of 2019, the company is said to be publishing about 20,000 books a year and is now one of the biggest publishers across Europe.

Finally, completing our list as the most profitable publishing company in the world, Penguin Random House tops our list with a whopping $3.3 billion annual revenue for the last year.

With notable imprints such as Knopf Doubleday, Crown Publishing, and Viking Press, PRH has been named to be the biggest publishing house in the industry for years, producing about 15,000 books a year and selling about 800 million copies of their products annually.

Surprised on how much each of these publishing giants earn each year? Who says there’s no money in publishing? Whether by digital or traditional print, these top 10 companies have proved that the world’s love for literature surely costs a fortune.

Go to FeedBai.com for more entertaining articles about the lavish lives of the rich & famous. 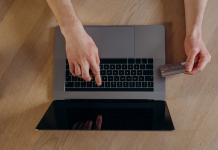 The 10 Most Expensive Cities in Asia

The Most Profitable Celebrity Brands Today